Reclaimed leather. 8 out of 10 cows prefer it.

Reclaimed Leather. 8 out of 10 cows prefer it.

Why not buy a vegan bag?

In recent years there are some amazing leather alternatives introduced such as pinatex, made from waste parts of a pineapple bush, and tree bark leather however the sad truth is that the majority of ‘vegan’ or non leather bags are made from plastic.  Call it what you want – leatherette, faux leather, vegan leather, PU leather or pleather, most of these products will be made from either polyurethane (PU) or polyvinylcholoride (PVC).

Both of these impact the environment in two ways – during the manufacturing process and after the product has been discarded.

PVC requires both petroleum and chlorine during the manufacturing process, neither of which are sustainable or kind to the environment.  We know from experience that man made bags tend to have a much shorter lifespan than their leather counterparts but once discarded they will not degrade.   Instead, like other plastics, they become microplastics which pollute the planet, harm wildlife and invade our food chain.

Where do you get your leather from?

The second hand market is saturated with leather sofas.  Furniture trends are moving away from big bulky leather sofas in favour of mid century inspired designs.  Whilst many people do try to sell their unwanted sofa, or even give it away, the cost and inconvenience of moving these unwieldy sofas often puts off potential buyers.

Every year in the UK we throw out 1.6 million tonnes of ‘bulky waste’, 42% of which is furniture. A new sofa is the most purchased item of furniture (28% of people in the UK bought one in the last 3 years) and yet only 17% of old sofas are actually reused.

The UK Furniture and Furnishings (fire safety) regulations state that every piece of furniture sold must have an attached fire safety label.  These regulations apply to charity shops so they are unable to accept sofas without a relevant label, which is often in a conspicuous or inconvenient place and so cut off by the owner.  Charity shops and charities will also only accept pieces of furniture that they are confident they can resell.  Otherwise the burden  (and cost) of disposing of the unwanted sofa falls to them.

So every day, sofas are either sent to landfill or abandoned at the side of a road.  Whilst many of them have areas of wear or damage, there are still huge amounts of useable leather which is being dumped.  The majority of the leather used in Freckle + Hide’s products are from these sofas that have been diverted from landfill.

Some of my products contain leather and textiles from other sources: scrap fabric, leather jackets, old silk curtains, a pair of cowboy boots (yes, really!!), offcuts from a kilt maker and old jeans have all been repurposed and reloved.

Why don’t you use new leather?

At Freckle + Hide, we have some major objections against using, and therefore increasing the demand for, new leather.

Leather is the tanned hide of an animal.  Although most people associate leather with cattle,  leather can be produced from a number of different animals including pigs, goats, stingrays, kangaroos, crocodiles, fish and even cats and dogs.  Although the majority of skins are from adult animals, baby animals and sometimes even unborn animals highly sought after for the soft and pliable nature of the leather.  Most people see leather as a by-product of the meat industry.  Whilst this is true to a certain extent, it is not a clear cut as it seems.  Selling the skins of their animals is certainly profitable for farmers and can bring in far more income than selling the meat alone.  The skin subsidises the production of the meat so although without the meat there would be no skin, without the hide of the animal, it may not be financially viable for the farmer to rear the animal in the first place.

Once the skin has been removed from the animal, it needs to be tanned in order to preserve it.  A process called chrome tanning  accounts for 95% of shoe leather production, 70% of leather upholstery production and 100% of leather clothing production.  It relies on chromium salt which is toxic and a known carcinogen (do you remember the film Erin Brockovich?)  Waste products containing chromium find their way into waterways via unscrupulous, unregulated or illegal tanners, polluting the local farming land and drinking water.  In fact one study estimates that up to 50% of the chromium used in the tanning process finds its way into the local environment, poisoning plants and animals, and the people who rely on these to survive.  The tannery workers themselves frequently suffer from serious skin conditions, respiratory illnesses and cancer.  90% of these workers die before they reach 50 years of age.

The welfare of the animals involved in the leather trade is overlooked or completely ignored due to the economical significance of the industry in developing countries with few animal welfare laws.  Animals are kept in squalid conditions, confined to a small area overcrowded with other animals.  They are subjected to dehorning, castration and medical procedures without anaesthetic or painkillers.

India’s leather trade is one of the biggest in the world, despite the cow being considered a sacred animal in that country.  Killing healthy animals is illegal in most of the Indian states so cows are poisoned or made lame to circumnavigate the laws.  The cows are forced to walk hundreds of kilometres to make it to an abattoir in a different state or country and when the animals collapse with exhaustion on route, tobacco or chilli are rubbed into their eyes to force them to carry on.

In China, the world’s largest exporter of leather, it is thought that up to two million cats and dogs are illegally slaughtered each for their meat and skins  Current laws do not require the labelling of the country of origin or what species the hide was from, so without DNA testing, which is costly, it is incredibly hard to determine what kind of leather you are actually wearing. 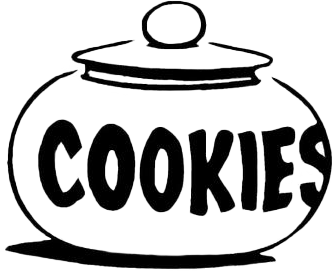